Harvard students discern why dogs do what they do in new class.

Harper looked at Experimenter Two as if he were crazy. Alexander Junxiang Chen disregarded the look and started the sequence again: lightly banging a rubber mallet onto the floor around his outstretched hand before pretending to smash it on his hand and crying out in pain.

The first time Harper, a 6-year-old, tan Wheaten terrier, seemed concerned, walking over to the Harvard junior and giving him a lick on the face. The second time, Harper appeared more wary and just studied Chen. The third time, she was over it. She flinched when the mallet came down and let out a mix between a small growl and annoyed bark as if asking: “What are you doing?”

A small group of students in the adjoining room in the basement of Northwest watched the events over a camera feed and through a one-way mirror. Their class — HEB 1353, “Dogs: Behavior, Evolution, and Domestication” — looks at a question all canine lovers, especially owners, ask themselves at some point: Why did the dog just do that?

“It’s really hard not to anthropomorphize their expressions,” Harvard neuroscientist Erin Hecht told her students as they tried putting themselves in Harper’s paws and evaluating what she was thinking.

In animated shows like Disney’s popular “Paw Patrol,” dogs are capable of talking so can say what they are thinking or feeling. Real dogs have only gestures and vocalizations to communicate: sad puppy eyes, rolling over on its belly, an impatient growl to show it wants to go outside, barking for a treat.

Students in the class examine a range of dog behaviors, how they evolved, and how they relate to human behavior.

“Humans are animals, too,” said Hecht, an assistant professor of human evolutionary biology who heads up the Evolutionary Neuroscience Laboratory and the Canine Brains Project in the Department of Human and Evolutionary Biology . “Our behavioral adaptations have evolved in response to selection pressures just like every other species on the planet. It’s often easier for students (and scientists) to think about the evolution of behavior in other animals. In the classroom, dogs provide an accessible and familiar access point for applying an evolutionary perspective to the study of behavior.”

The first part of the course runs like a lecture seminar, while the second part is a hands-on lab where students measure and analyze dog behavior. The animals they study belong to volunteers, usually Harvard faculty and staff.

For lectures, Hecht and Sophie Barton, the graduate assistant for the course, assign readings on topics ranging from domestication theories and dog species variation to how social communication styles and abilities differ across species.

“This is my first experience being in a small, discussion-based class where people were so much more engaged than in any other class I’ve ever taken before,” Levin said. “Everybody is genuinely interested and wants to participate.”

The class was a hot commodity during enrollment. Forty-five students applied but Hecht capped it at 12 so everyone would get a chance to work closely with the dogs in the lab. She hopes to increase class size in the future.

Chen, who took the lead role in the experiment with Harper, never had a dog growing up but is interested in animal behavior generally and getting lab experience.

Emily Ruiz ’25 isn’t shy about why she took the course. “I’m really interested in behavior … but also you get to work with dogs,” Ruiz quipped.

The Canine Brains Project room looks like a standard lab office with a comfortable couch, desk, and computer, and a large screen with live camera feeds. But there are plenty of dog treats on the desk at all times. The experiment room is soundproof and sparse, other than a few pieces of furniture and taped-off sections on the floor to mark spaces.

The tests are meant to replicate experiences most dogs encounter in their daily lives, like meeting a new person, problem-solving, communicating with humans, and being left alone. Owners also fill out a survey to fill in some gaps on the dog’s life history and their temperament and behavior at home.

“The main goal of the research is to understand the variation in behavior that happens in dogs and then we’re trying to examine which traits are associated with each other,” Hecht said. “For example, are dogs that are more anxious at home when the owner leaves more likely to show stress in a novel environment when they’re separated from the owner? Are they more likely to make contact with the owner first, as opposed to the experimenter, when both of them come back into the room? We’re looking at how different factors influence dog behavior.”

The first test, called the Impossible Task, looks at whether the dog will look to the owner or experimenter for permission or assistance when a treat is left on the counter and then placed in a sealed jar. In the second test, observers see how the dog responds when the owner and experimenter return after a five-minute absence. The next experiment involves how the dog reacts to someone getting hurt, and the last is to determine which paw the dog favors.

Hecht said there are no right and wrong behaviors on the tests. Harper, a rescue pup from a breeding farm, ignores a treat Chen left on the counter. This tends to happen with dogs who are well-behaved and wait for permission from their owners to go for the treat. As it turned out, Harper had been trained to refrain from taking food off counters.

The separation task was also cut short when Harper started barking after being left alone a few minutes and couldn’t be calmed. When Chen and Harper’s owner, Mallory McCoy, HEB’s academic coordinator, re-entered the room, Harper rushed past Chen straight to McCoy.

The empathy and paw tests were the only ones Harper completed. The data will prove useful when the class combines it with the data from the other 21 dogs they will test. They’ll then analyze it and form theories that they will test.

“They might investigate whether dogs that have had only a single owner since leaving their mother and littermates are less interactive with the experimenter than with their owners, or whether dogs who score high on a trainability survey completed by owners are also more likely to look at the owner for ‘help’ during the impossible task,” Hecht said.

As for Harper, she appeared happy to be headed home after receiving a few well-earned treats and a stylish red bandana showing she took part in the project. 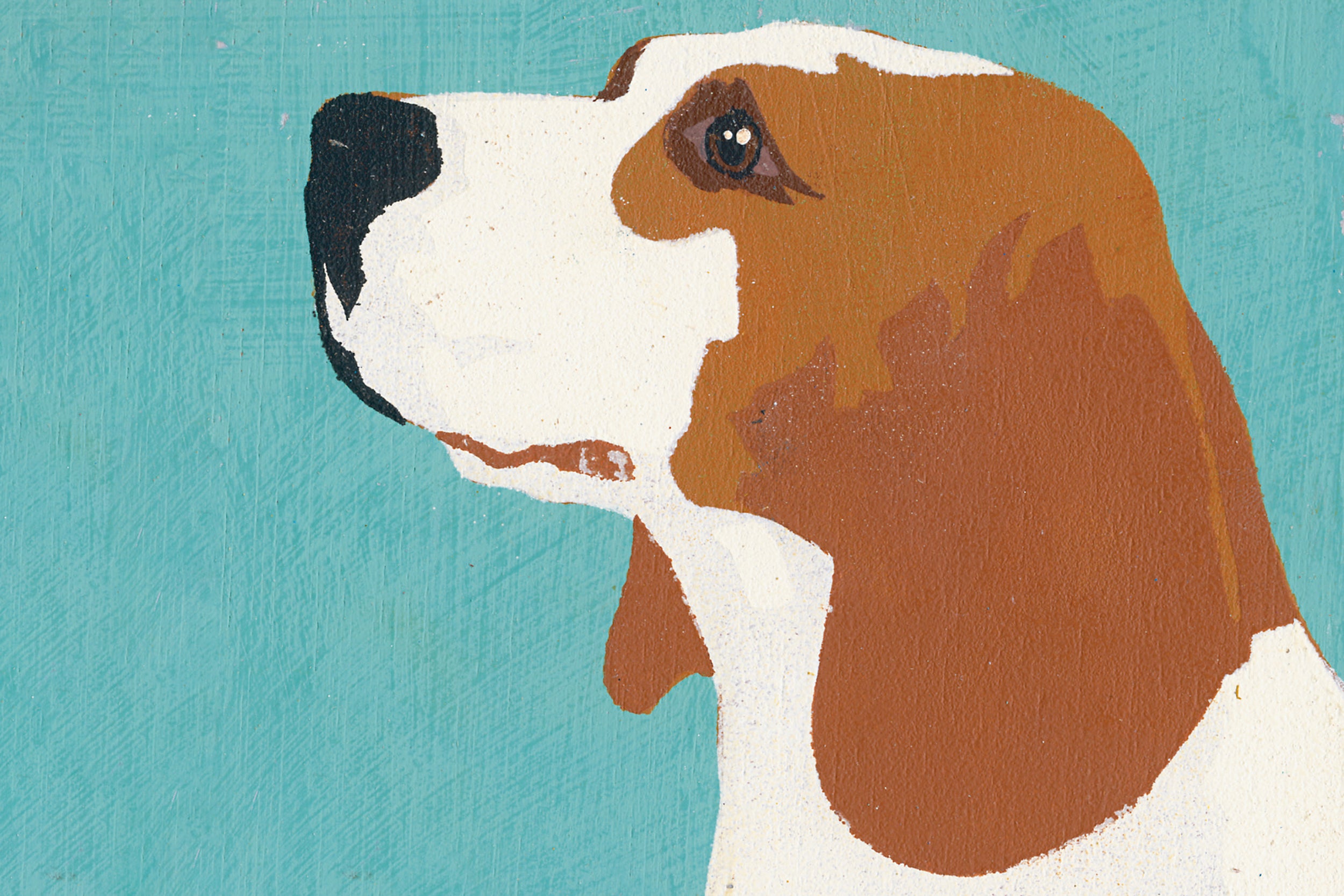 Does your dog care if you die?